Technology for a Diverse World

To create a world where diversity and inclusion are celebrated and validated during the online shopping experience. We seek to change the fashion and beauty industry’s body representation narrative by diversifying the sizes of and use of real people to model clothing and products on online retail eCommerce websites.

Our goal is to expand this highly personalized experience across all industries.

"To live without reflection for so long
might make you wonder if you even truly exist."
Beyounce— Black is King.
Meet US

With a team of Ph.D. level sociologists, multicultural insights specialists, psychologists, and technologists, they have created an enterprise solution for ecommerce, that empowers shoppers to find the best products for their unique characteristics.

COO &
Design Creative
As a University Leader and Psychology enthusiast, Gerald knows leadership, organizational culture, and most of all how people leverage technology to meet their needs.

CTO &
Fun Technical Guy
As a technologist, Greg specializes in building scalable infrastructure and security. He also has over 20 years over technical management experience. He also like long walks on the beach and golfing.

Marketing &
Content Creator Queen
As a marketer, Shelby understand how to move things on social media, get followers, and increase likes. As an influencer, she understand how to create quality content that authentically connects with people.

Drop Us a Line

LinkedIn
Marketing & Strategy
Keith Pigues is the founder and CEO of Luminas Strategy – a business strategy and value proposition consultancy based in Research Triangle Park, NC. The firm helps Fortune 1000 companies develop winning value propositions to accelerate profitable organic growth with the use of its proprietary Customer Value Xcelerator® and Stakeholder Value Xcelerator℠ offerings. He also serves as Chairman, CEO and co-founder of CulTRUE – a culture analytics enterprise software and professional services company that helps organizations win with their employees by making data-driven strategic cultural shifts to improve business performance and increase employee fulfillment.
His corporate leadership experience includes roles as a senior marketing executive at Honeywell International, Cemex, RR Donnelley and ADP Dealer Services Division (now CDK Global). He is co-author of Winning with Customers: A Playbook for B2B (Wiley & Sons), an inaugural selection of the C-Suite Book Club and featured on Best Seller TV. Keith served in higher education as Professor of Leadership at the University of North Carolina Kenan-Flagler Business School and as Senior Academic & Administrative Officer, Dean of the School of Business and tenured Professor of Management at North Carolina Central University. He serves on the board of ReflektMe, Inc., the Research Triangle Foundation and the Kenan Institute for Private Enterprise. In 2004 he was selected as a member of the Executive Leadership Council (ELC) and is a recipient of the Frost & Sullivan Marketing Lifetime Achievement Award.Keith earned a B.S. in Electrical Engineering from Christian Brothers University, where he was the first recipient of the university's Distinguished Young Alumnus Award. He also earned an MBA from the University of North Carolina Kenan-Flagler Business School with additional graduate business studies at Manchester University in the United Kingdom.
He is a trusted global advisor to organizations in the areas of leadership, profitable customer-centric growth strategies, career success strategies and employee-centric company culture. Keith is an advocate for women’s leadership and diversity in technology. He has served as a featured speaker at the annual Google for Startups Black Founders Exchange since its founding in 2016. He is married to an amazing woman with four wonderful children. 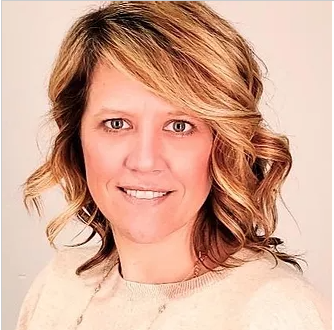 LinkedIn
Retail Tech & Innovation
Becca Shaddox is Partner & COO i2i Labs, with more than 15 years of experience in technology at the Fortune 1 retailer and a background and education in technology; Becca has experience in running strategy, portfolio management, M&A, as well as focusing on expanding the future technology workforce. Becca’s passion to expand her experience within the Fortune 1 externally to support all types of companies, from large to small and from startup to enterprise, has fired a strong passion as an entrepreneur. Becca began her own startup, ANCHOR in partnership with i2i Labs last year on a mission to grow an innovation and business ecosystem in Northwest Arkansas. Becca’s mission is to Transform businesses’ ability to connect, innovate & scale to create more value.

LinkedIn
Finance
W. Kelvin Walker is CEO of the Dallas Citizens Council, a non-profit organization of more than 150 CEOs and top business leaders in North Texas. He formerly was a Managing Director of RLJ Equity Partners, a private equity fund with over $230 million under management. RLJ Equity Partners is a middle-market private equity firm focused on generating long-term capital appreciation by investing in profitable and growing businesses led by strong management teams. Founded in 2006 by Robert L. Johnson and The Carlyle Group, RLJ invests in traditional buyouts, recapitalizations, and growth capital infusions.Mr. Walker joined RLJ Equity Partners in 2015, opening a Dallas office for the firm. Prior to RLJ, he served as the Managing Partner of 21st Century Group, a lower middle market private equity firm with $166 million of assets under management, where he was responsible for originating, structuring, executing, and monitoring the firm's investments. Prior to joining 21st Century Group, Mr. Walker served for six years as a Senior Vice President of Mesirow Financial and at Pryor, McClendon, Counts & Co. Prior to that, Mr. Walker was a Vice President at Bank of America. Mr. Walker serves as a director of Spencer Enterprises and Modulant. Mr. Walker earned his B.A. degree from Morehouse College in 1984 where he graduated with honors. He received his MBA in 1986 from the Kellogg Graduate School of Management, Northwestern University and was a Johnson & Johnson Fellow.
Mr. Walker has been active in the Dallas community for over 15 years and is currently on the board of directors for the YMCA of Metropolitan Dallas where he serves as Vice Chairman; Methodist Health System; The Dallas Foundation Board of Governors; The United Way of Metropolitan Dallas and The Federal Reserve Bank of Dallas Business and Community Advisory Council.

Drop Us a Line

HomeBlog
Carefully crafted by g.mitchell
Powered by Reflekt Me